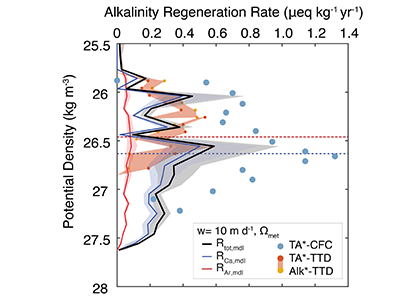 The marine carbon and alkalinity cycles are tightly coupled. Seawater stores so much carbon because of its high alkalinity, or buffering capacity, and the main driver of alkalinity cycling is the formation and dissolution of biologically produced calcium carbonate (CaCO3). In a recent publication in GBC, the authors conducted novel carbon-13 tracer experiments to measure the dissolution rates of biologically produced CaCO3 along a transect in the North Pacific Ocean. They combined these experiment data with shipboard analyses of the dissolved carbonate system, the 13C-content of dissolved inorganic carbon, and CaCO3 fluxes, to constrain the alkalinity cycle in the upper 1000 meters of the water column. Dissolution rates were too slow to explain alkalinity production or CaCO3 loss from the particulate phase. However, driving dissolution with the metabolic consumption of oxygen brings alkalinity production and CaCO3 loss estimates into quantitative agreement (Figure). The authors argue that a majority of CaCO3 production is likely dissolved through metabolic processes in the upper ocean, including zooplankton grazing, digestion, and egestion, and microbial degradation of marine particle aggregates that contain both organic carbon and CaCO3. This hypothesis stems from the basic fact that almost all marine CaCO3 is biologically produced, placing CaCO3 at the source of the acidifying process (metabolic consumption of organic matter). This process is important because it puts an emphasis on biological processing for the cycling of not only carbon, but also alkalinity, the main buffering component in seawater. These results should help both scientists and stakeholders to understand the fundamental controls on calcium carbonate cycling in the ocean, and therefore the processes that distribute alkalinity throughout the world’s oceans. 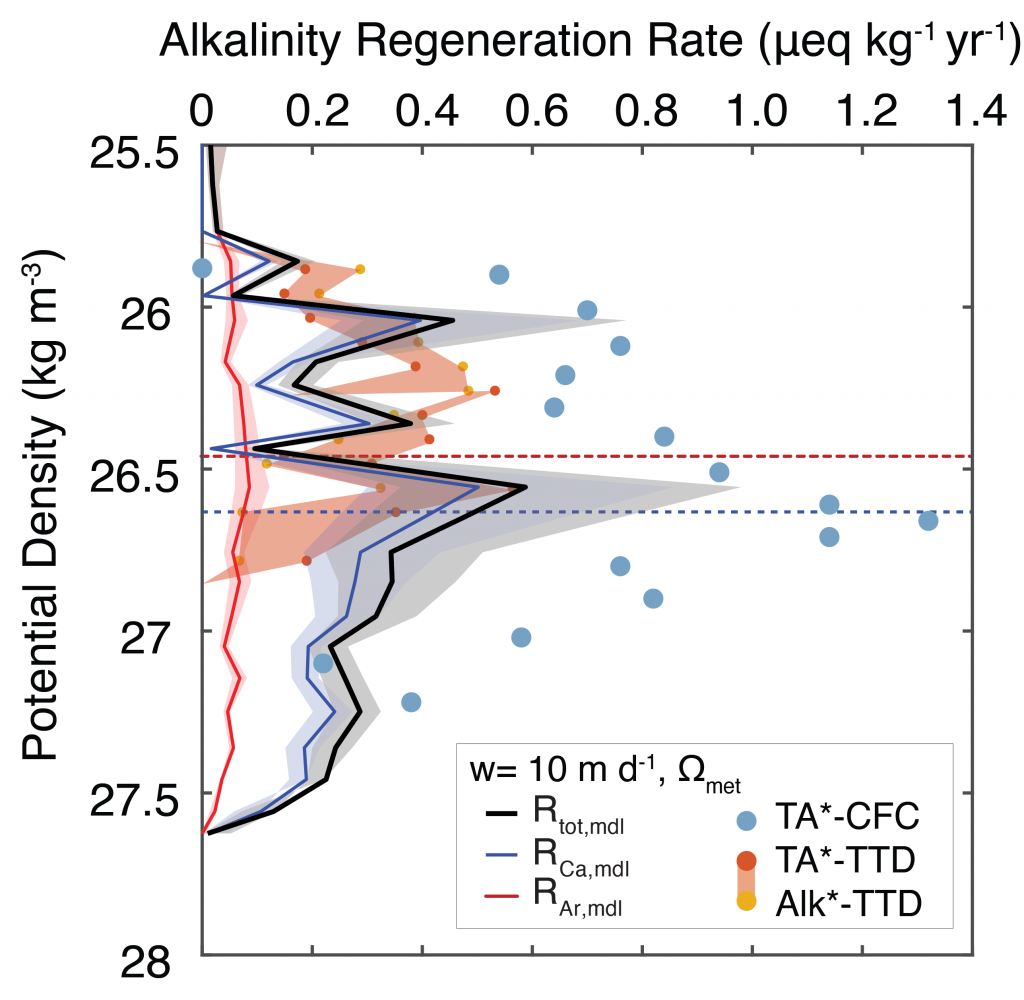