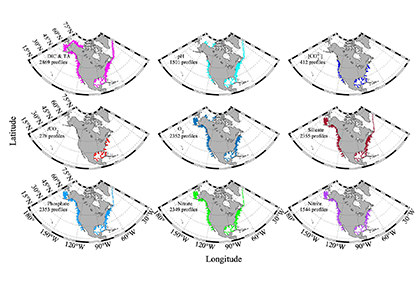 Coastal ecosystems are hotspots for commercial and recreational fisheries, and aquaculture industries that are susceptible to change or economic loss due to ocean acidification. These coastal ecosystems support about 90% of the global fisheries yield and 80% of the known marine fish species, and sustain ecosystem services worth $27.7 Trillion globally (a number larger than the U.S. economy). Despite the importance of these areas and economies, internally-consistent data products for water column carbonate and nutrient chemistry data in the coastal ocean—vital to understand and predict changes in these systems—currently do not exist. A recent study published in Earth Syst. Sci. Data compiled and quality controlled discrete sampling-based data—inorganic carbon, oxygen, and nutrient chemistry, and hydrographic parameters collected from the entire North American ocean margins—to create a data product called the Coastal Ocean Data Analysis Product for North America (CODAP-NA) to fill the gap. This effort will promote future OA research, modeling, and data synthesis in critically important coastal regions to help advance the OA adaptation, mitigation, and planning efforts by North American coastal communities; and provides a foothold for future synthesis efforts in the coastal environment. 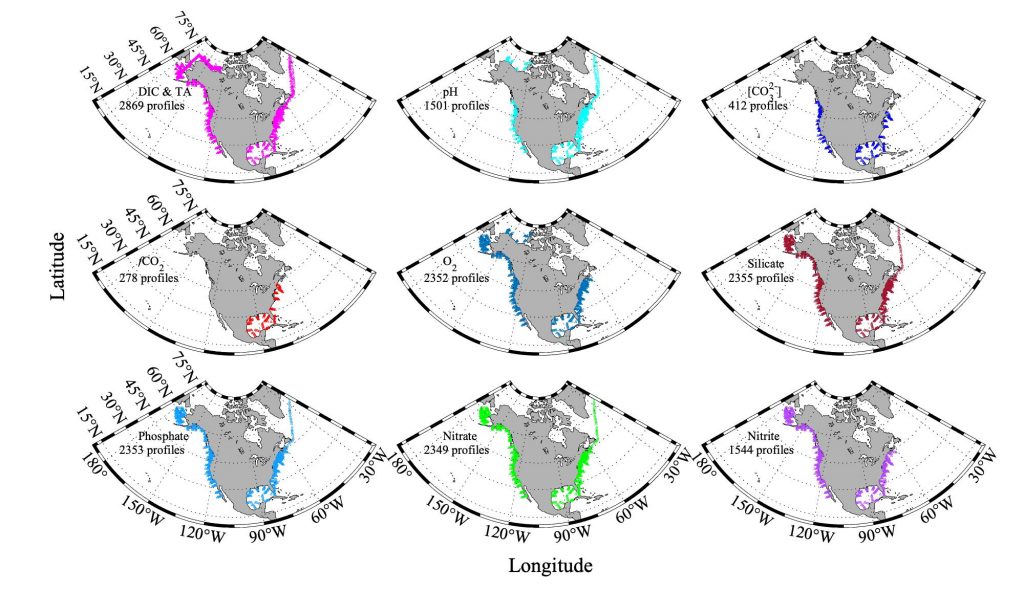 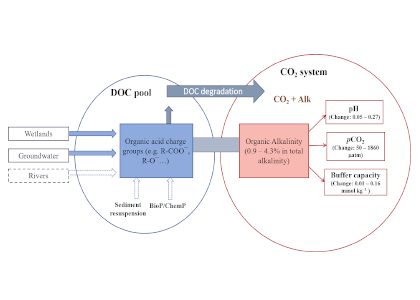