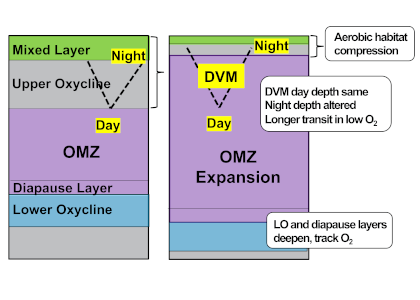 Global warming increases ocean deoxygenation and expands the oxygen minimum zone (OMZ), which has implications for major zooplankton groups like copepods. Reduced oxygen levels may impact individual copepod species abundance, vertical distribution, and life history strategy, which is likely to perturb intricate oceanic food webs and export processes. In a study recently published in Biogeosciences, authors conducted vertically-stratified day and night MOCNESS tows (0-1000 m) during four cruises (2007-2017) in the Eastern Tropical North Pacific, sampling hydrography and copepod distributions in four locations with different water column oxygen profiles and OMZ intensity (i.e. lowest oxygen concentration and its vertical extent in a profile). Each copepod species exhibited a different vertical distribution strategy and physiology associated with oxygen profile variability. The study identified sets of species that (1) changed their vertical distributions and maximum abundance depth associated with the depth and intensity of the OMZ and its oxycline inflection points, (2) shifted their diapause depth, (3) adjusted their diel vertical migration, especially the nighttime upper depth, or (4) expanded or contracted their depth range within the mixed layer and upper part of the thermocline in association with the thickness of the aerobic epipelagic zone (habitat compression concept) (Figure 1). Distribution depths for some species shifted by 10’s to 100’s of meters in different situations, which also had metabolic (and carbon flow) implications because temperature decreased with depth.  This observed present-day variability may provide an important window into how future marine ecosystems will respond to deoxygenation. 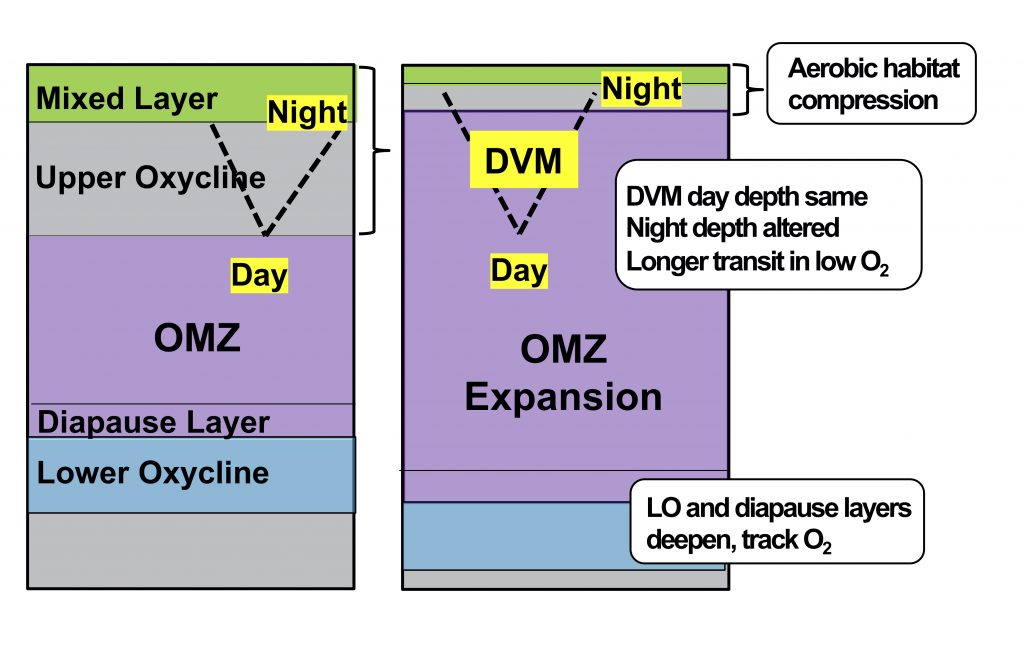 Figure caption: Schematic diagram showing how future OMZ expansion may affect zooplankton distributions, based on present-day responses to OMZ variability. The dashed line indicates diel vertical migration (DVM) and highlights the shoaling of the nighttime depth as the aerobic habitat is compressed. The lower oxycline community and the diapause layer for some species, associated with a specific oxygen concentration, may deepen as the OMZ expands. 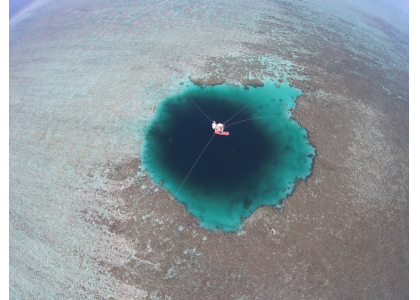 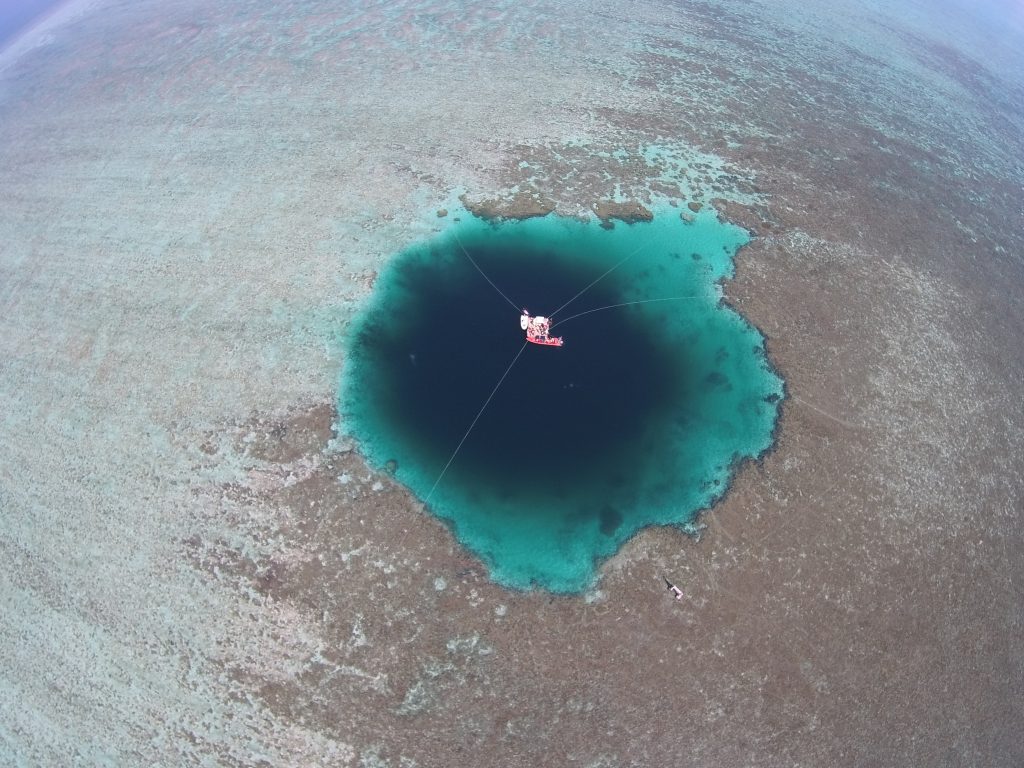 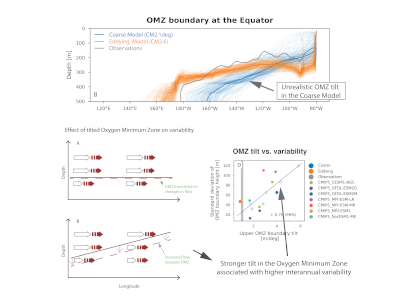 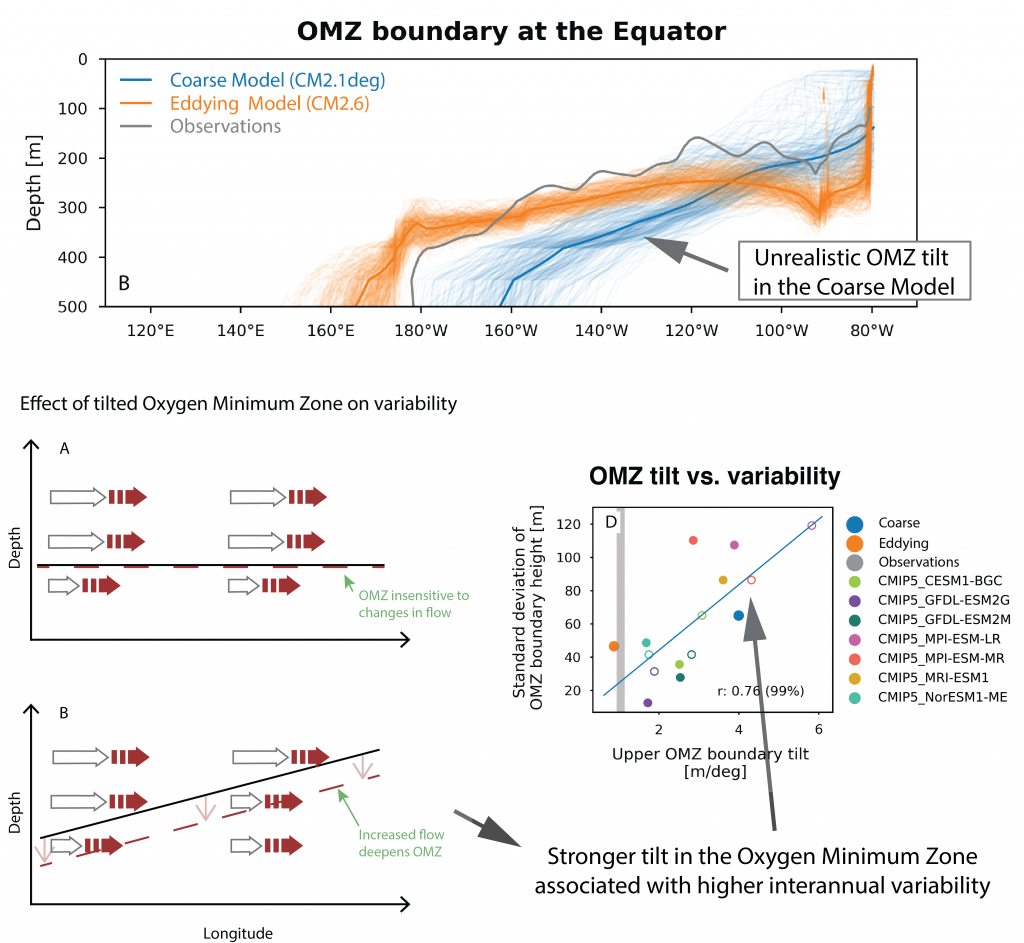 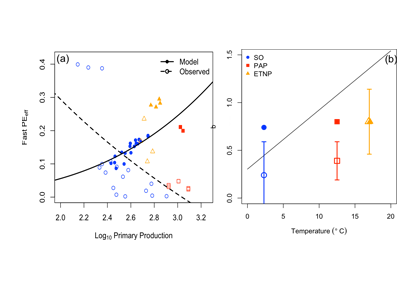