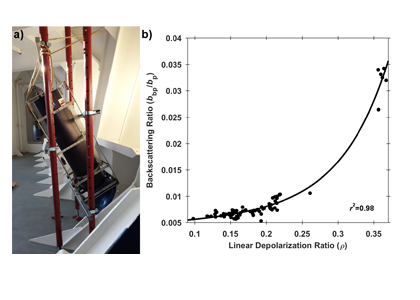 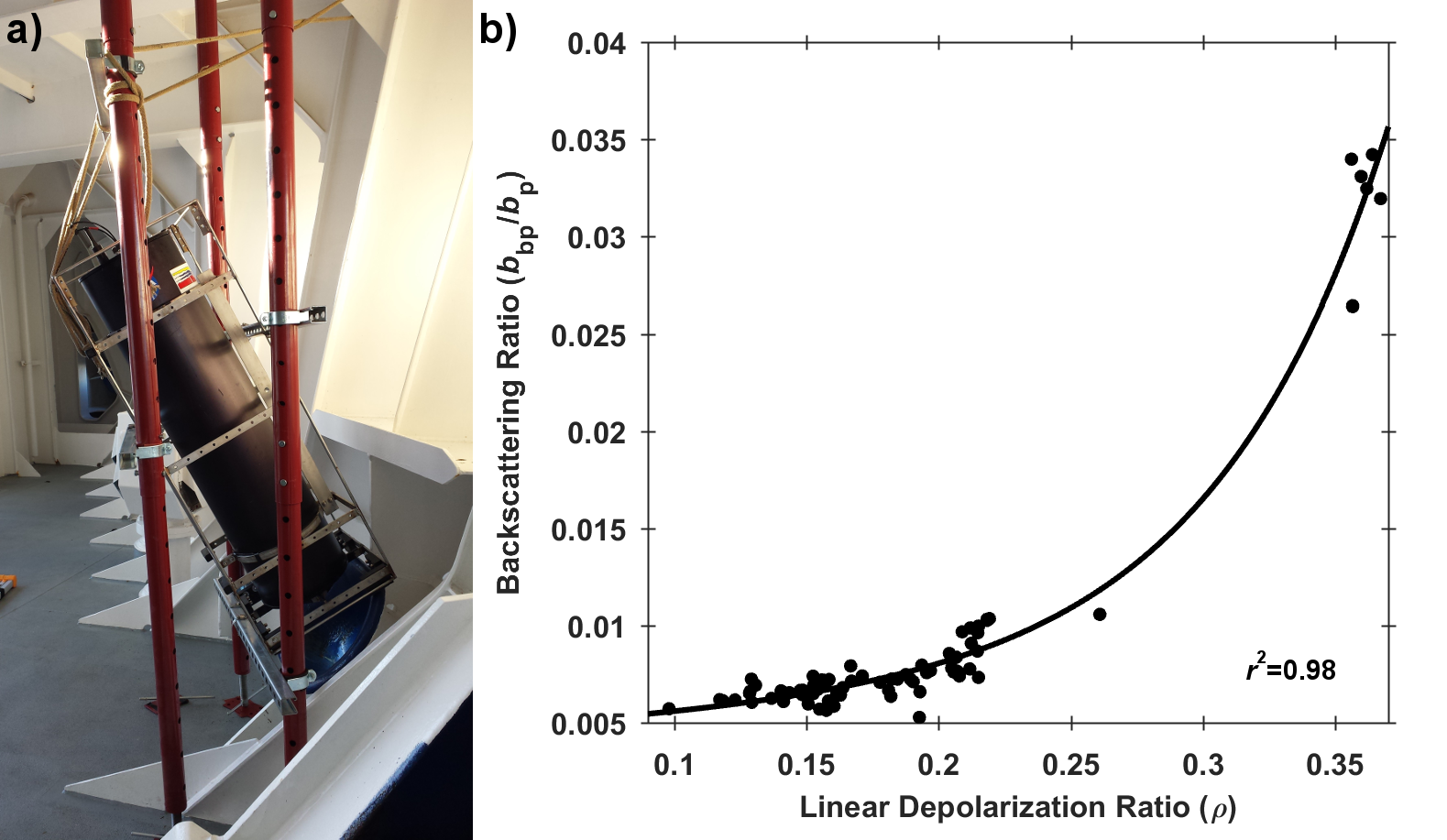 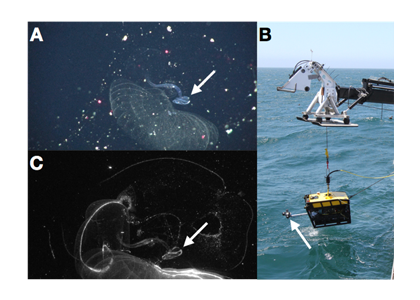 To accurately assess the impacts of climate change, we need to understand how atmospheric carbon is transported from surface waters to the deep sea. Grazers and filter feeders drive the ocean’s biological pump as they remove and sequester carbon at various rates. This pump extends down into the midwater realm, the largest habitat on earth. Giant larvaceans are fascinating and enigmatic occupants of the upper 400 m of the water column, where they build complex filtering structures out of mucus that can reach diameters greater than 1 m in longest dimension (Figure 1A). Because of the fragility of these structures, direct measurements of filtration rates require us to study them in situ. We developed DeepPIV, an ROV-deployable instrument (Figure 1B) to directly measure fluid motion and filtration rates in situ (Figure 1C). 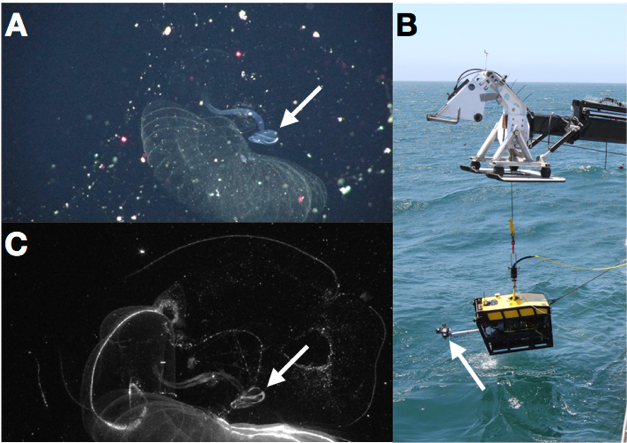 The filtration rates we measured for giant larvaceans are far greater than for any other zooplankton filter feeder. When combined with abundance data from a 22-year time series, the grazing impact of giant larvaceans indicates that within 13 days, they can filter the total volume of water within their habitable depth range (~100-300 m; based on maximum abundance and measured filtration rates). Our results reveal that the contribution of giant larvaceans to vertical carbon flux is much greater than previously thought. Small larvaceans, which are present in the water column in even larger quantities than giant larvaceans, may also have a measurable impact on carbon fluxes. New technologies such as DeepPIV are yielding more quantitative observations of midwater filter feeders, which is improving our understanding of the roles that deep-water biota play in the long-term removal of carbon from the atmosphere. 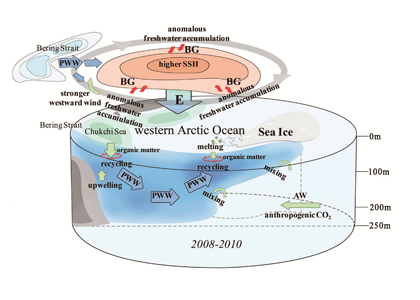