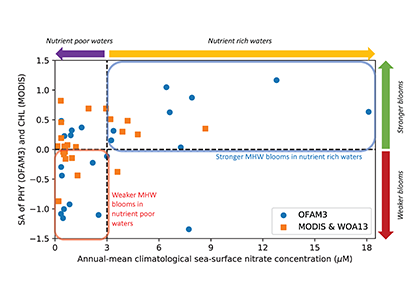 Ocean temperature extreme events such as marine heatwaves are expected to intensify in coming decades due to anthropogenic warming. Although the effects of marine heatwaves on large plants and animals are becoming well documented, little is known about how these warming events will impact microbes that regulate key biogeochemical processes such as ocean carbon uptake and export, which represent important feedbacks on the global carbon cycle and climate. 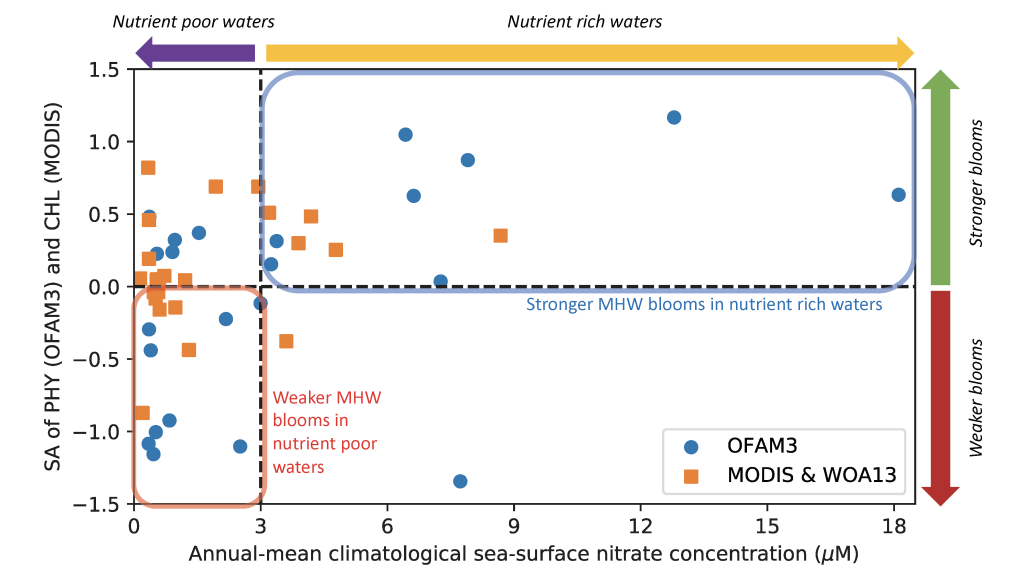 Given the projected expansion of nutrient-poor waters in the 21st century ocean, the coming decades are likely to see an increased occurrence of weaker blooms during marine heatwaves, with implications for higher trophic levels and biogeochemical cycling of key elements.