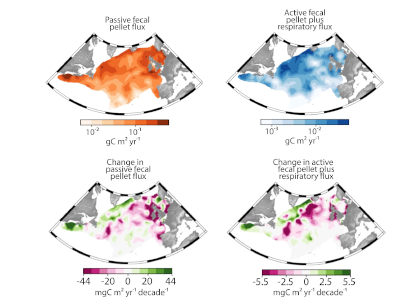 Zooplankton-fueled carbon export is changing in the North Atlantic Ocean

Zooplankton-mediated carbon export is an important, but variable and relatively unconstrained part of the biological carbon pump—the processes that fix atmospheric carbon dioxide in organic material and transport it from the upper sunlit ocean to depth. Changes in the biological pump impact the climate system, but are challenging to quantify because such analyses require spatially and temporally explicit information about biological, chemical, and physical properties of the ocean, where empirical observations are in short supply.

A recent study in Nature, Ecology and Evolution focused on copepods in the northern half of the North Atlantic Ocean, where the Continuous Plankton Recorder (CPR) time series program has documented surface plankton abundance and taxonomic composition for nearly six decades. Copepods transport carbon passively by producing sinking fecal pellets while feeding near the sea surface, and actively via daily and seasonal migrations to deeper waters where carbon is released through respiration, defecation, and mortality. Using allometry, metabolic theory, and an optimal behavior model, the authors examined patterns of passive and active carbon transport from 1960 to 2014 and sensitivity of carbon export to different model inputs. 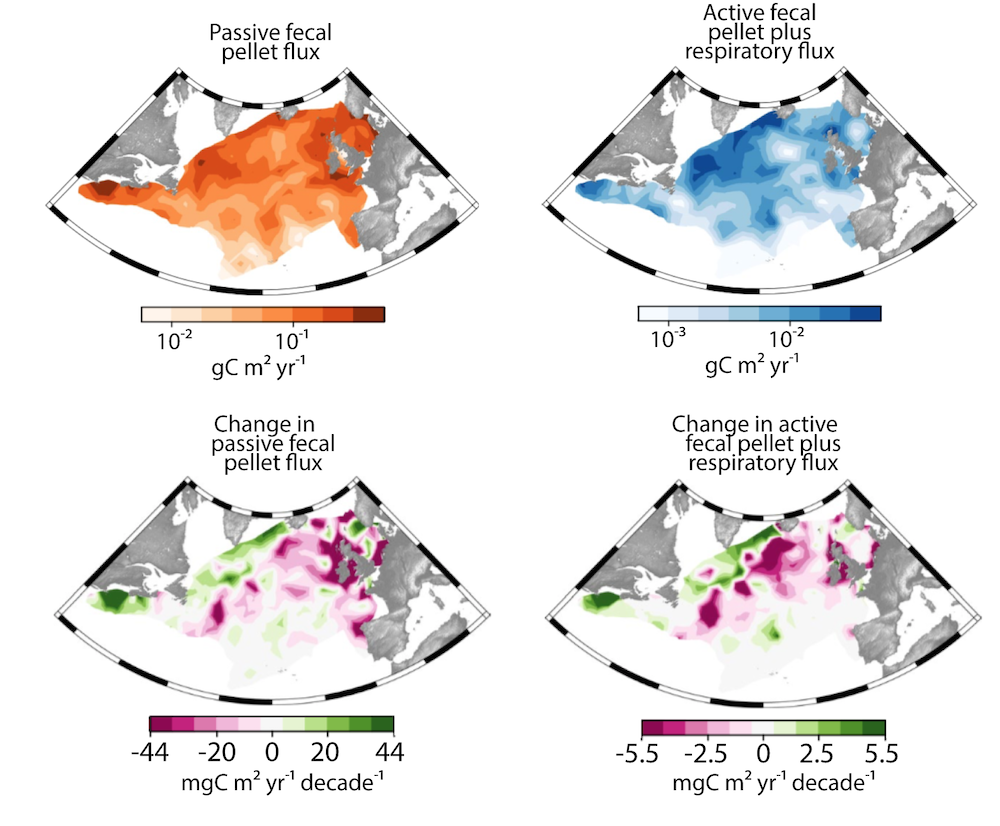