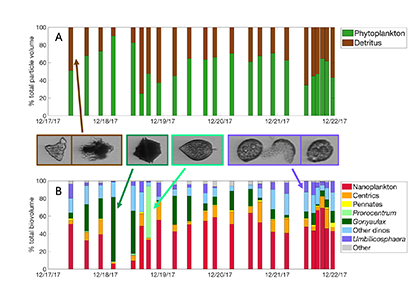 Wildfire frequency, size, and destructiveness has increased over the last two decades, particularly in coastal regions such as Australia, Brazil, and the western United States. While the impact of fire on land, plants, and people is well documented, very few studies have been able to evaluate the impact of fires on ocean ecosystems. A serendipitously planned research cruise one week after the Thomas Fire broke out in California in December 2017 allowed the authors of this study and their colleagues to sample the adjacent Santa Barbara Channel during this devastating extreme fire event. 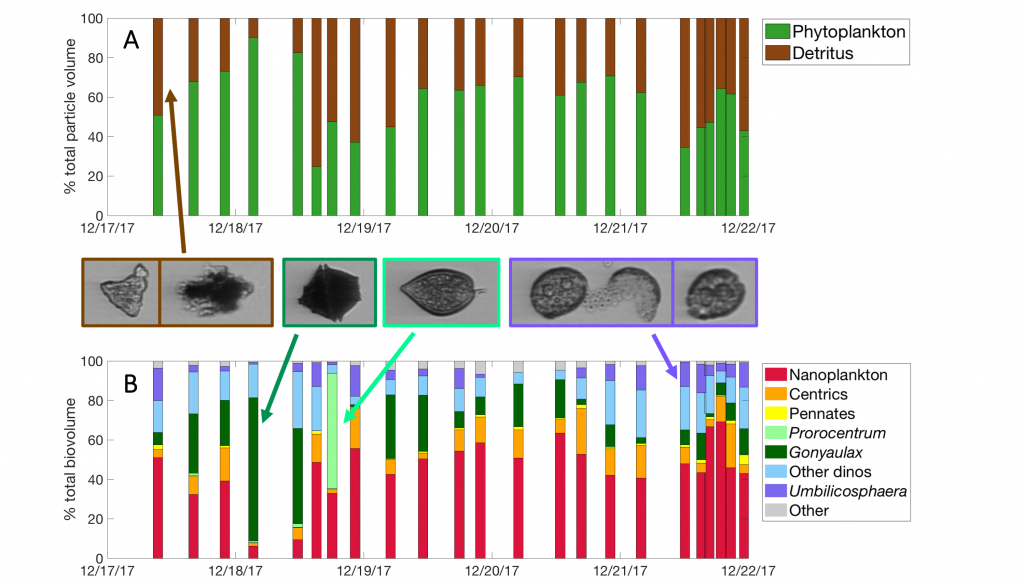 While this study was not able to demonstrate a causal relationship between the Thomas Fire and the presence of dinoflagellates, this result is quite different from previous winters in the Santa Barbara Channel, when picophytoplankton and diatoms typically dominate the winter community. The incidence of dinoflagellates in the Santa Barbara Channel in December 2017 was correlated with the warmer-than-average water temperature during this study, which matched observations from other areas along the Central California coast that winter.

At the time this study was conducted, the Thomas Fire was the largest wildfire in California history. Since then, California fires have increased in danger, destruction, and human mortality; the Mendocino Fire complex (summer 2018) and five separate wildfires in summer 2020 exceeded the impacts of the Thomas Fire. With wildfire severity and frequency increasing not only in California but in coastal regions worldwide, this study gives an important first look at the impact of wildfire smoke and ash on oceanic primary productivity and community composition.