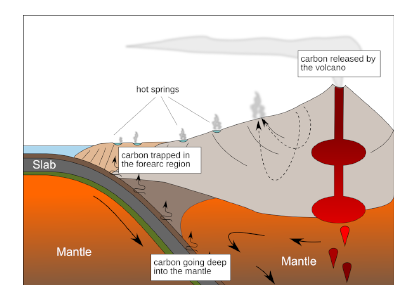 In 2017, an interdisciplinary group of early career scientists, the Biology Meets Subduction team, visited Costa Rica’s subduction zone, where the ocean floor sinks beneath the continent, to find out if subterranean microbes affect geological processes that move carbon from Earth’s surface into the deep interior.

Using carbon and helium isotope measurements of water and nearby sediments from geothermal springs in northern and central Costa Rica, the study published recently in Nature demonstrated that microbes consume and trap a small but measurable amount of the carbon sinking into the trench off Costa Rica’s Pacific coast. The microbes may also be involved in chemical processes that pull out even more carbon, leaving cement-like veins of calcite in the crust. 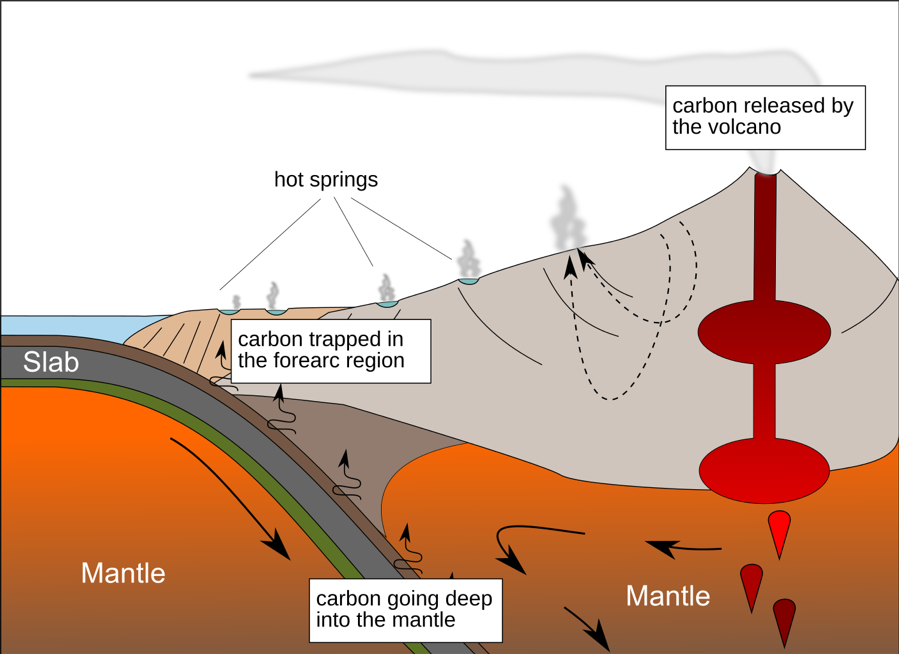 Figure 1: Schematic of deep carbon cycle subduction at the forearc region and into the mantle.

The team discovered that low temperatures in the forearc support microbial life and water-rock interactions that divert the down-going carbon from the subducting slab and trap it in the crust. The study estimates that about 94 percent of that redirected carbon transforms into calcite minerals and microbial biomass. 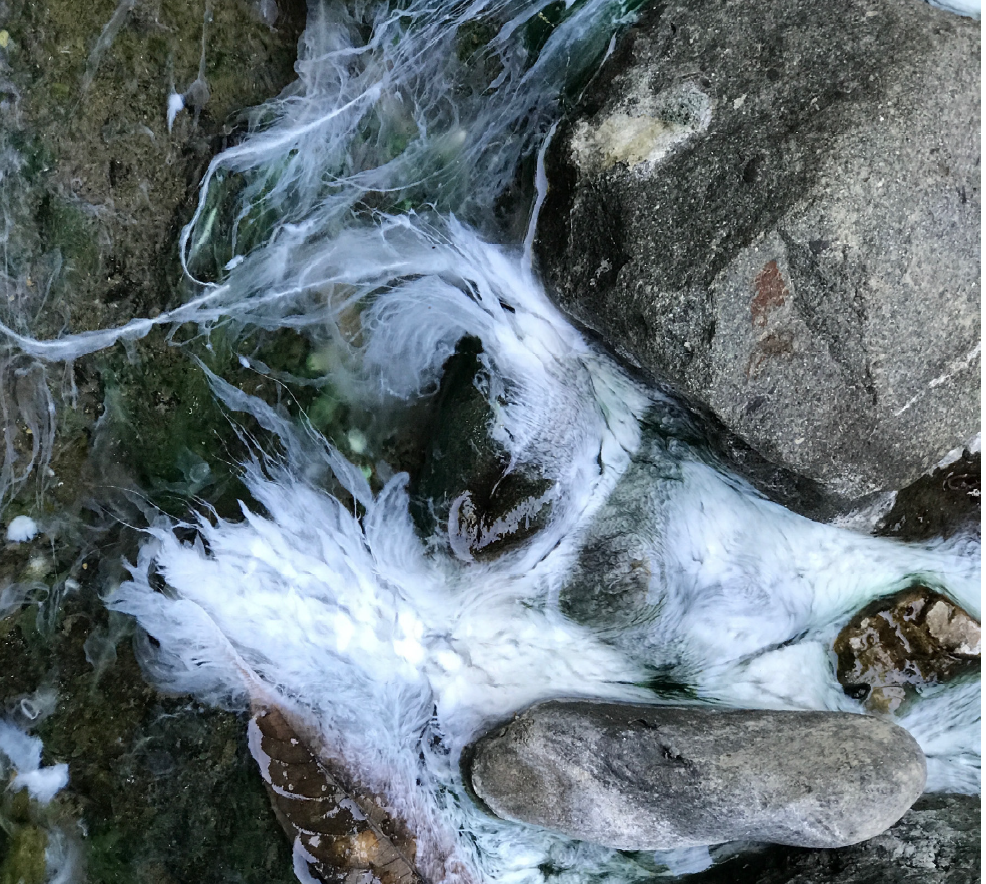 These unexpected findings have important implications for how much carbon moves from Earth’s surface into the interior, especially over geological timescales. If these biological and geochemical processes occur worldwide, they would translate to 19% less carbon entering the deep mantle than previously estimated.