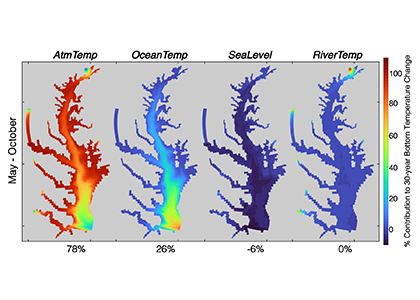 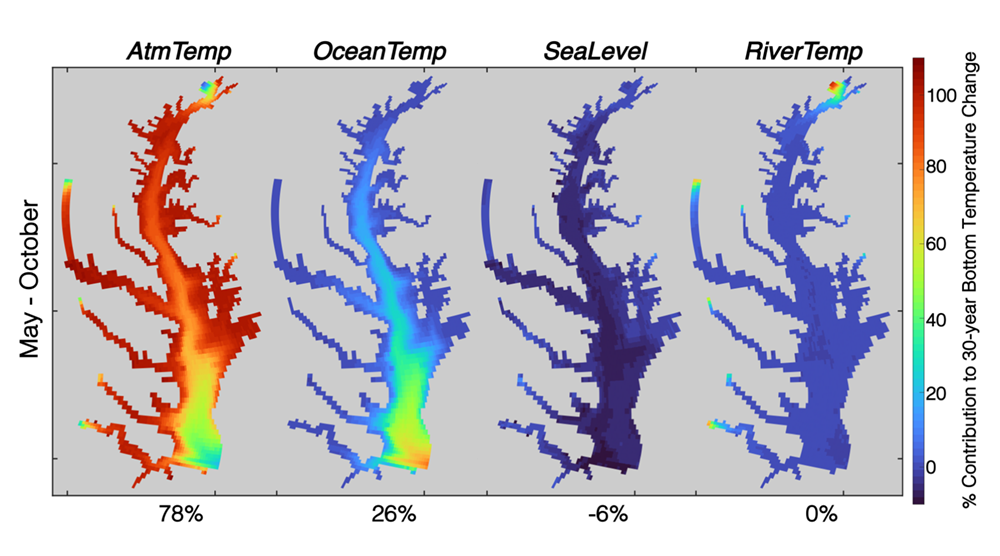 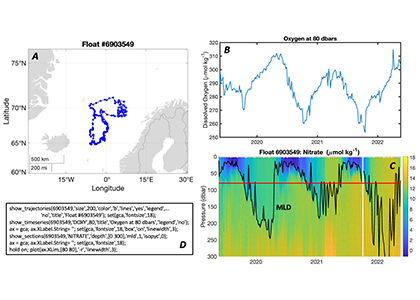 No single program has been as transformative for ocean science over the past two decades as Argo: the fleet of robotic instruments that collect measurements of temperature and salinity in the upper 2 km of the ocean around the globe. The Argo program has been instrumental in revealing changes to ocean heat content, global sea level, and patterns of ice melt and precipitation. In addition, Biogeochemical Argo—the branch of the Argo program focused on floats with additional biological and chemical sensors—has recently shed light on topics such as regional patterns of carbon production and export, the magnitude of carbon dioxide air-sea flux in the Southern Ocean (thanks to the SOCCOM project), and the dynamics modulating ocean oxygen concentrations and oxygen minimum zones. While Argo data are publicly available in near-real-time via two Global Data Assembly Centers, there tends to be a steep learning curve for new users seeking to access and utilize the data.

To address this issue, a team led by scientists at NOAA’s Pacific Marine Environmental Laboratory developed a software toolbox available in two programming languages for accessing and visualizing Argo data— OneArgo-Mat for MATLAB and OneArgo-R for R. The toolbox includes functions to identify and download float data that adhere to user-defined time and space constraints, and other optional requirements like sensor type and data mode; plot float trajectories and their current positions; filter and manipulate float data based on quality flags and additional metadata; and create figures (profiles, time series, and sections) displaying physical, biological, and chemical properties measured by floats. Examples of figures created using the OneArgo-Mat toolbox are given below (Figure 1). 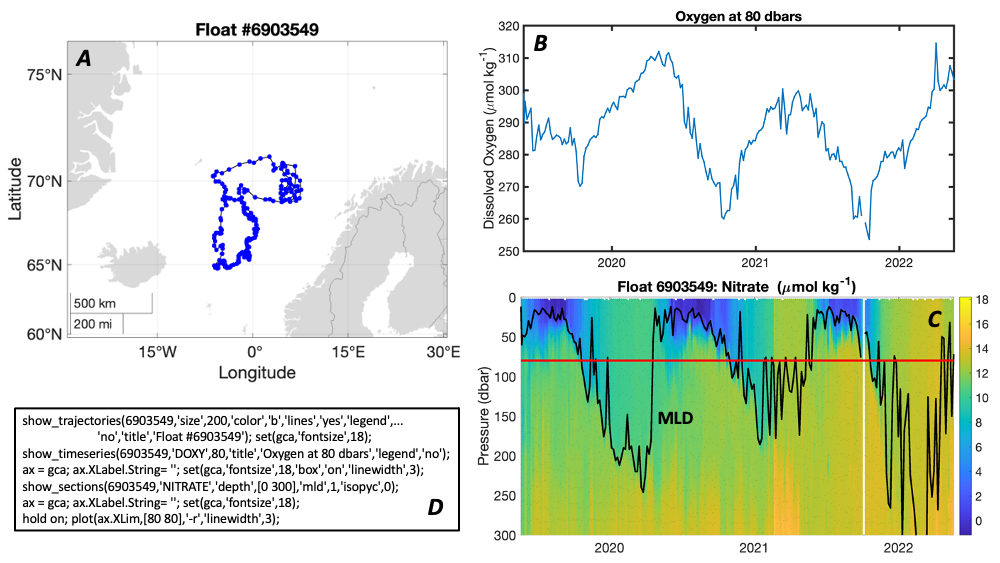 Figure 1. Example figures created using the OneArgo-Mat toolbox: (A) the trajectory of a float deployed in the North Atlantic from the R/V Johan Hjort in May of 2019, (B) a time series of dissolved oxygen at 80 dbars from that float, and (C) a vertical section plot of nitrate concentrations along the float track from the surface to 300 dbars. The black contour line in panel C denotes the mixed layer depth (MLD) based on a temperature criterion and the red line denotes the depth of the time series shown in panel B. The effects of seasonal phytoplankton blooms are evident in panel C, with mixed layer shoaling in the spring followed by drawdown of nitrate in the surface ocean. Panel B shows that, as the mixed layer deepens through the winter, the oxygen concentration at 80 dbars increases as a result of the oxygenated surface waters reaching that depth. The MATLAB code to download the required data and create all of these plots is shown (D).

The OneArgo-Mat and OneArgo-R toolboxes are intended for newcomers to Argo data, seasoned users, data managers, and everyone in between. For this reason, toolbox functions are equipped with options to streamline float selection, data processing, and figure creation with minimal user coding, if desired. Alternatively, the toolbox also provides rapid and straightforward access to the entire Argo database for experienced users who simply want to download up-to-date profile data for further processing and analysis. The authors hope these new tools will empower current Argo data users and entrain new users, especially as the US GO-BGC Project and US and international Argo partners move toward a global biogeochemical Argo fleet, which will create myriad new opportunities for novel studies of ocean biogeochemistry. 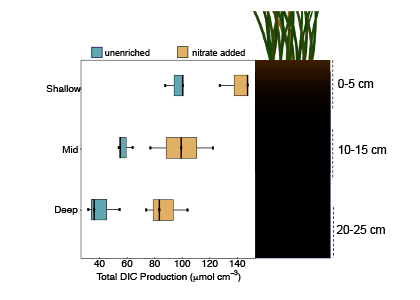 With their high primary productivity and slow decomposition in anoxic soils, salt marshes and other coastal wetlands can store carbon more efficiently than terrestrial uplands. These wetlands also provide critical ecosystem services such as interception of land-derived nutrients before they can enter the coastal ocean. Therefore, it is important to understand how anthropogenic supplies of nitrate (NO3–) affect marsh sustainability and carbon storage.

In marsh sediment studies, the most common form of experimental nitrogen enrichment uses pelletized fertilizer composed of ammonium, urea, or other organic based fertilizers. Authors of a recent study published in Global Change Biology hypothesized that when nutrients were instead added in the form of nitrate (NO3–), the most common form of nitrogen enrichment in coastal waters, it would stimulate microbial decomposition of organic matter by serving as an electron acceptor for microbial respiration in anoxic salt marsh sediments. Furthermore, decomposition would vary with sediment depth, with decreased decomposition at greater depths, where less biologically available organic matter accumulated over time. 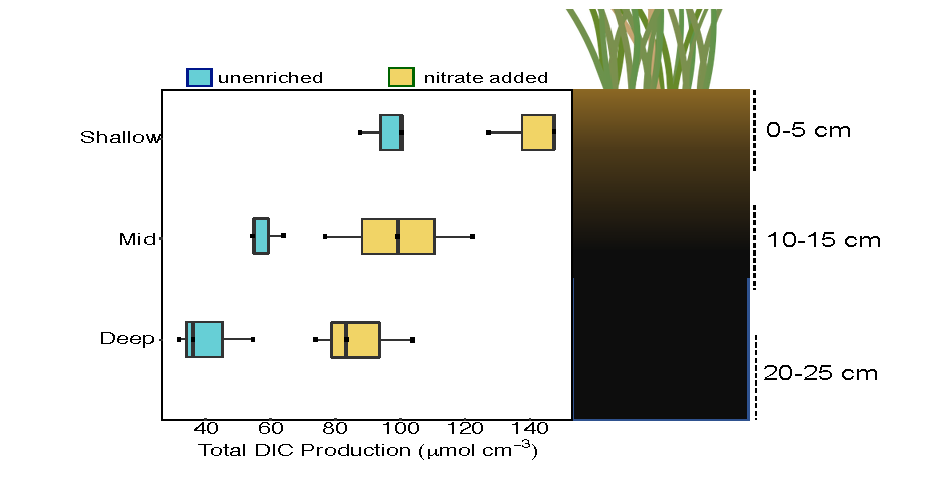 Figure 1: DIC production as a proxy for microbial respiration in salt marsh sediments from three distinct depth horizons (shallow 0-5cm, mid 10-15cm, deep 20-25cm) that span a range of biological availability. The addition of NO3- (green) stimulated DIC production relative to unenriched sediments, regardless of sediment depth. All samples were run under anoxic conditions (without the presence of oxygen), closely matching that of normal salt marsh sediments.

Surprisingly, NO3– addition stimulated decomposition of organic matter at all depths, with the highest decomposition rates in the surface sediments. This suggests that there is a pool of “NO3–-labile” organic matter in marsh sediments that microbes can decompose under high-NO3– conditions that would otherwise remain stable. As human activities continue to enrich our coastal waters with NO3– through agricultural runoff, septic systems, and other pathways, it could inadvertently decrease coastal wetlands’ carbon storage capacity, with negative consequences for both blue carbon offsets and marsh sustainability in the face of sea level rise. 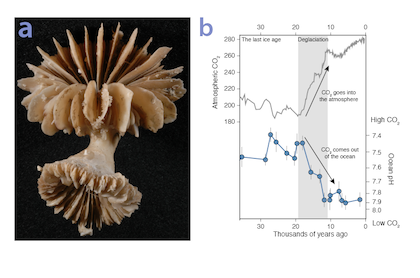 Many scientists have long hypothesized that the ocean around Antarctica was responsible for changing CO2 levels during ice ages, but lacked definitive evidence. A new study in Nature provides the most direct evidence of this process to date and provides crucial evidence of the mechanisms—including changing sea ice cover and bipolar seesaw (warming in the Southern Hemisphere during cooling in the Northern Hemisphere) events—that controlled CO2 and climate during the ice ages.

Using samples of fossil deep-sea corals collected from 1000 m in the Drake Passage (Figure 1a), the authors were able to reconstruct the CO2 content of the deep ocean. They found that the deep ocean CO2 record was the “mirror image” of CO2 in the atmosphere (Figure 1b), with the ocean storing CO2 during an ice age and releasing it back to the atmosphere during deglaciation. CO2 rise during the last ice age occurred in a series of steps and jumps associated with intervals of rapid climate change. 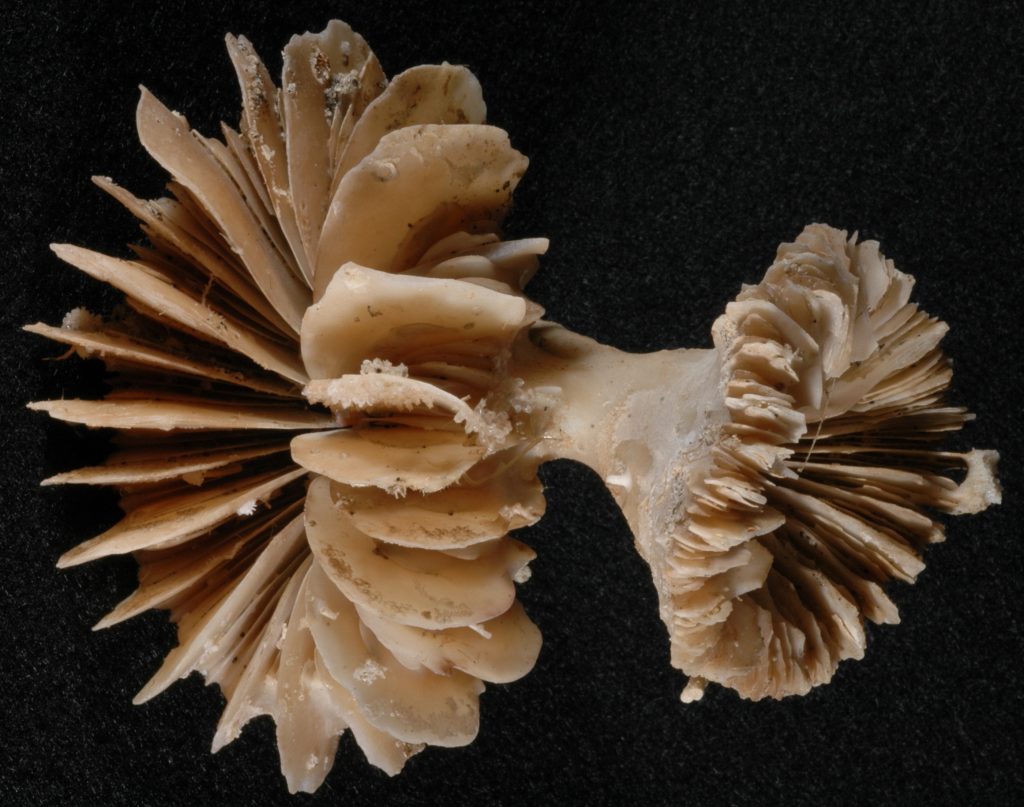 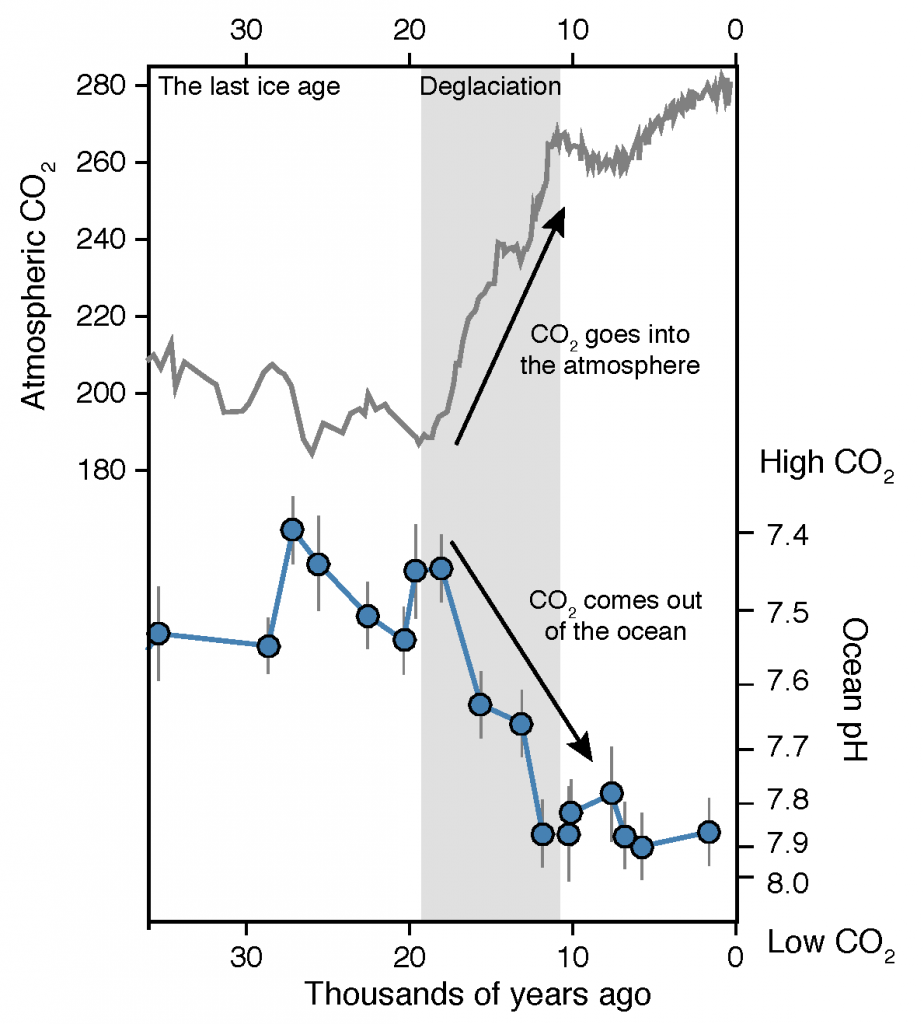 As well as helping scientists better understand the ice ages, the new findings also provide context to current CO2 rise and climate change. Although the CO2 rise that helped end the last ice age was dramatic in geological terms, CO2 rise due to human activity over the last 100 years is even larger and about 100 times faster. CO2 rise at the end of the ice age helped drive major melting of ice sheets resulting in sea level rise of >100 meters. These results bolster the idea that if we want to prevent dangerous levels of global warming and sea level rise in the future, we need to reduce CO2 emissions as quickly as possible