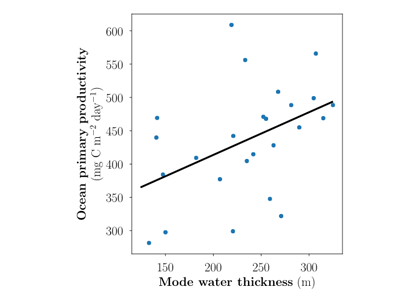 A recent paper published in the Journal of Geophysical Research: Oceans and featured in an MIT News article describes an idealized model for nutrient concentration in subtropical gyres that can account for this reduction in Ekman pumping. The model predicts that surface productivity is sensitive to the thickness of the underlying subtropical mode water layer, provided that the residual Ekman pumping is small (Figure 1). Comparison of this prediction with observations from the Bermuda Atlantic Time series Study (BATS) shows that surface productivity increases as the thickness of the underlying mode water increases (Figure 2), as predicted by the idealized model in the absence of substantial Ekman pumping. 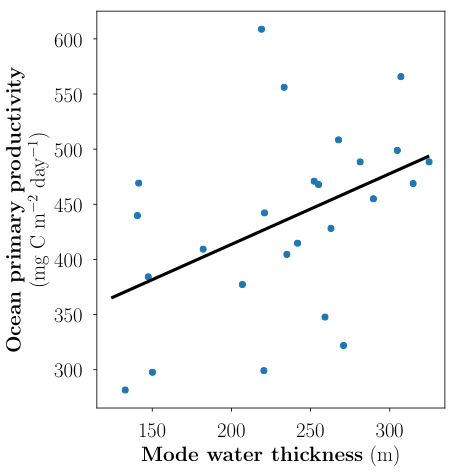 See the Eos spotlight on this research