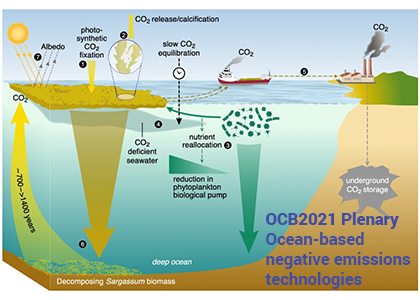 Is seaweed farming an effective method to reduce atmospheric CO2?

The world is in need of effective methods to reduce CO2 in the atmosphere, and the ocean could potentially help us to meet this objective. One idea, explored since the 1980s, is to grow seaweeds on platforms in the open ocean to fix carbon and sequester it at great depth (ocean afforestation). But would that work at scale?

To address this question, we utilized the Great Atlantic Sargassum Belt as a natural analogue for seaweed farms distributed across the (sub)tropical Atlantic. We found that the CO2 removal potential of ocean afforestation is substantially modified by biogeochemical and physical processes associated with seaweed growth and ecology in the open ocean. Most noticeably, seaweeds provide habitat for calcifying organisms, which form CO2 through changes to seawater carbonate chemistry occurring during the calcification process. Furthermore, seaweed carbon fixation is fuelled by limiting nutrients, which once taken up by seaweeds are not available any longer to support CO2 removal by the natural inhabitants of the open ocean – phytoplankton.

After accounting for offsets to carbon fixation we also considered that seaweeds fix CO2 dissolved in seawater, not atmospheric CO2. The atmospheric CO2 has to be subsequently absorbed by the oceans in a second step, which takes much longer (weeks to years) and is more difficult to quantify than one may think.

We also investigated how ocean afforestation influences the albedo (i.e., reflectance) of the Earth. The sign and magnitude of afforestation-related albedo changes on radiative forcing depend on multiple indirect effects linked to the release of substances that influence cloud formation. We didn’t dare to go down this rabbit hole. However, we were surprised to see that even just the brightening of the sea surface through seaweed growth (and thus the direct reflection of light) may have a stronger influence on radiative forcing than the CO2 removal associated with ocean afforestation.

How did we interpret all this? Most importantly, our study does not suggest that CO2 removal with seaweed farming is impossible. However, it shows that successful CO2 removal and its verification requires much more than simply generating seaweed biomass. The complexity of this method could be its Achilles heel and hence become its knock-out criterion, because a large number of interacting processes must be quantified to determine the sign and magnitude of the net climatic impact of ocean afforestation. 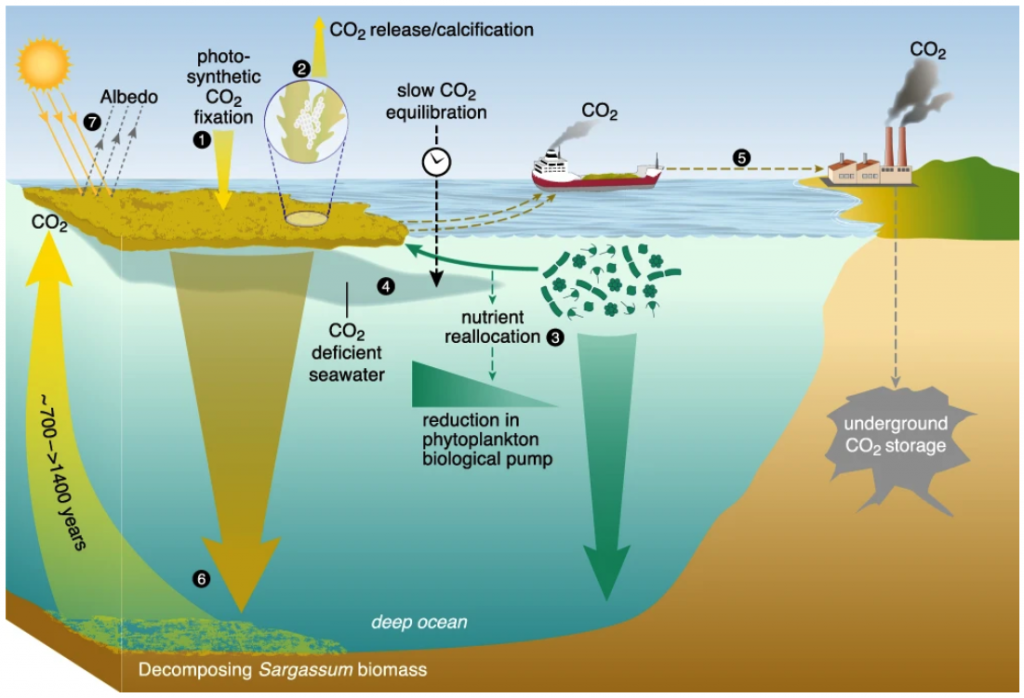