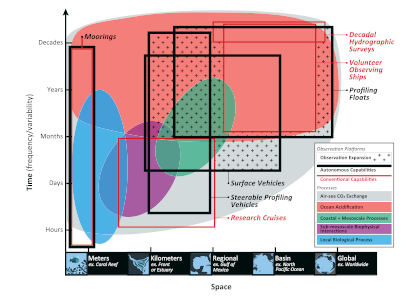 A new era of observing the ocean carbonate system

Amidst a backdrop of natural variability, the ocean carbonate system is undergoing a massive anthropogenic change. To capture this anthropogenic signal and differentiate it from natural variability, carbonate observations are needed across a range of spatial and temporal scales (Figure 1), many of which are not captured by traditional oceanographic platforms. A new review of autonomous carbonate observations published in Current Climate Change Reports highlights the development and deployment of pH sensors capable of in situ measurements on autonomous platforms, which represents a major step forward in observing the ocean carbonate system. These sensors have been rigorously field-tested via large-scale deployments on profiling floats in the Southern Ocean (Southern Ocean Carbon and Climate Observations and Modeling, SOCCOM), providing an unprecedented wealth of year-round data that have demonstrated the importance of wintertime outgassing of carbon dioxide in the Southern Ocean. 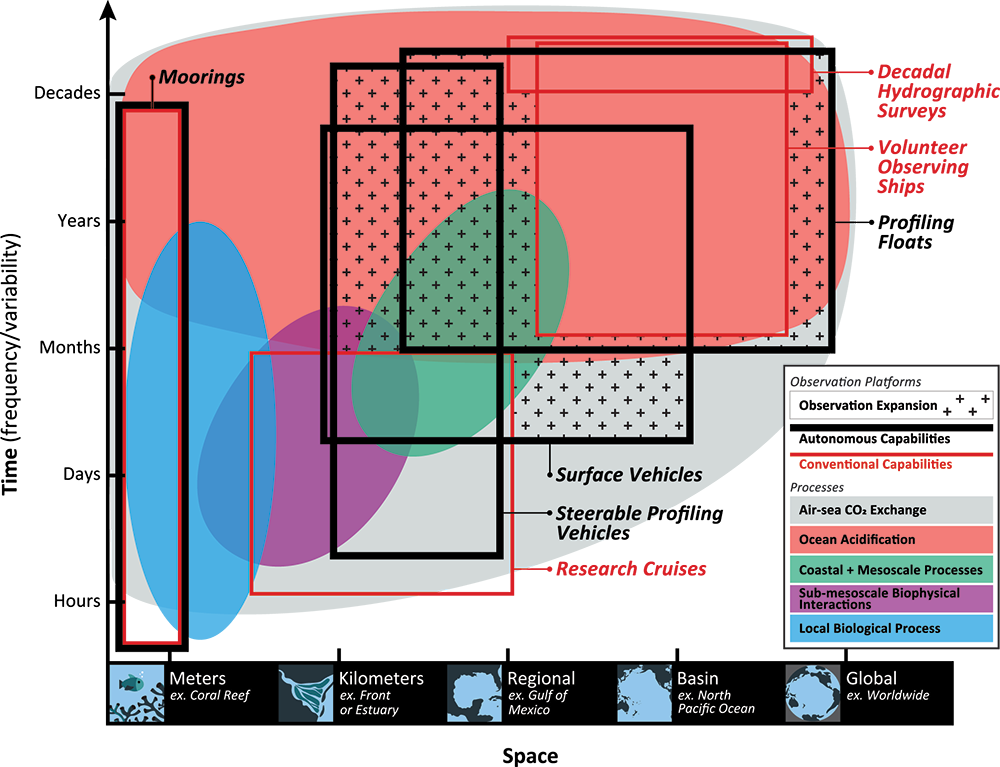 Most current autonomous platforms routinely measure only a single carbonate parameter, which then requires an algorithm to estimate a second parameter so that the rest of the carbonate system can be calculated. However, the ongoing development of sensors and systems to measure, rather than estimate, other carbonate parameters may greatly reduce uncertainty in constraining the full carbonate system. It is critical that the community continue to develop and adhere to best practices for calibration and data handling as existing sensors are deployed in increasing numbers and new sensors become available. Expanding autonomous carbonate measurements will increase our understanding of how anthropogenic change impacts natural variability and will provide a means to monitor carbon uptake by the ocean in real-time at high spatial and temporal resolution. This will not only help to understand the mechanisms driving changes in the ocean carbonate system, but will allow new insights in the role of mesoscale processes in regional and global biogeochemical cycles.