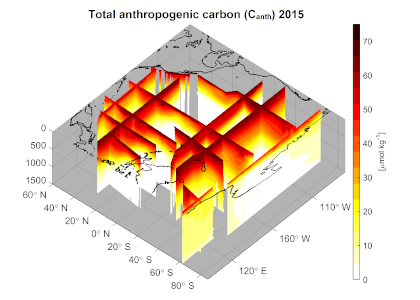 About one tenth of human CO2 emissions are currently being taken up by the Pacific Ocean, which makes the seawater more corrosive to the calcium carbonate shells and skeletons of the plants and animals that live there. Now, thanks to hard work by international teams of scientists from the Global Ocean Ship-based Hydrographic Investigations Program (GO-SHIP), there are decades of data, enough to test how much this anthropogenic CO2 accumulation varies throughout the Pacific Ocean and regionally on the timescales of decades. 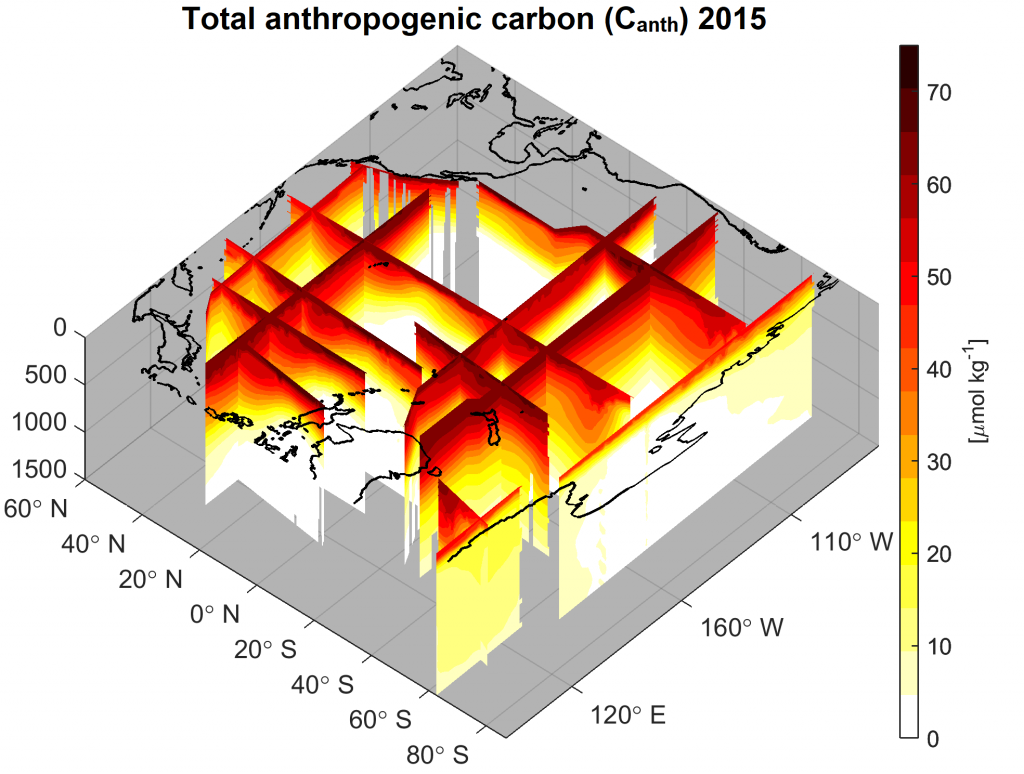 Figure caption: Map of the concentration of human-emitted CO2 along the sections where data were available from more than one decade, estimated for the year 2015.

Using a new take on an old technique, along with a wide variety of repeat biogeochemical measurements, a study in Biogeochemical Cycles revealed that Pacific anthropogenic CO2 accumulation increased from the 1995-2005 decade to the 2005-2015 decade. While the magnitude of the decadal increase was consistent with increases in human CO2 emissions over this period for most of the Pacific, the rate of change was greater than expected in the South Pacific subtropical gyre. The authors suggest that recent increases in circulation in the gyre region could have delivered an unexpectedly large amount of anthropogenic CO2-laden seawater from the surface to the ocean interior. Programs like GO-SHIP will continue to be critical for tracking the fate of human CO2 emissions and associated feedbacks on climate and marine ecosystems.