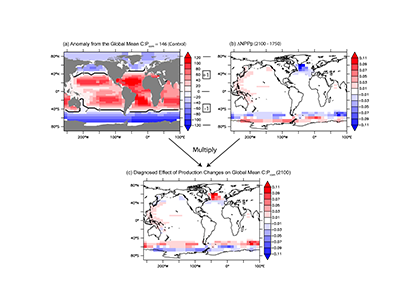 The C:N:P stoichiometry of global ocean biological production is the gear by which marine biology turns the wheels of the global ocean carbon cycle. From the days of Alfred Redfield until fairly recently, this stoichiometry was assumed a constant in ocean biogeochemistry (e.g., the Redfield ratio). Traditional stoichiometry would predict a carbon export production decline in the future, as warming is generally expected to enhance water column stratification and diminish the vertical supply of nutrients. However, recent observations clearly show that the C:N:P ratio is quite variable: the ratio is higher in oligotrophic waters than in eutrophic waters, and the ratio is higher in cyanobacteria than eukaryotes. How can flexible C:N:P ratio in phytoplankton affect future carbon export?

A recent publication in Environmental Research Letters discusses three drivers of global ocean production stoichiometry in the future: physiological response of phytoplankton, changes in phytoplankton community composition, and shifts in the regional production, which the authors focused most on as it is the least explored. The authors carried out global warming experiments using a numerical model of global ocean biogeochemistry that represents flexible C:N:P ratios in multiple phytoplankton types with dependence on ambient N and P concentrations, temperature, and light. These model results indicate the importance of the physiological response of cyanobacteria to warming and of eukaryotes to P depletion in driving a higher C:N:P ratio (Figure 1). 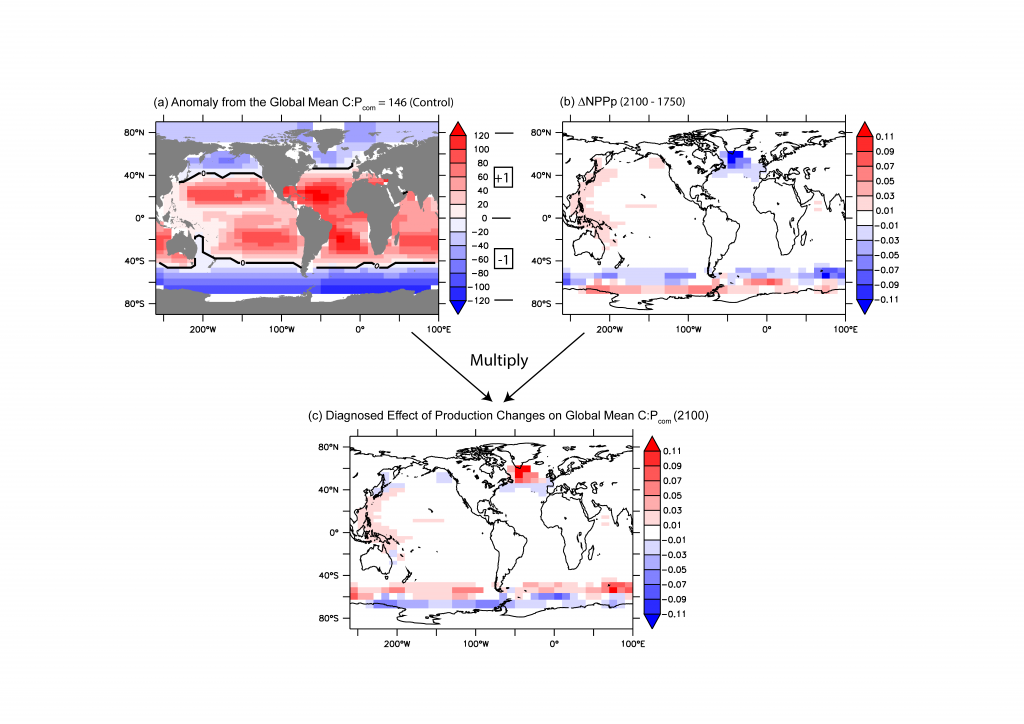