Giant kelp is a highly productive foundation species that forms dense forests on temperate reefs around the world. These ecosystems have remarkably high rates of carbon fixation—giant kelp can grow half a meter a day—and the physical structure formed by kelp’s tall fronds profoundly alters the benthic habitat. However, giant kelp is regularly ripped out by storms. These periodic losses followed by potentially rapid recovery mean giant kelp abundance can fluctuate greatly over relatively short timescales. In addition to influencing patterns of net primary productivity, these fluctuations may have cascading effects on the benthic community. When kelp is abundant, its canopy shades and inhibits the growth of other macroalgae, which opens benthic space for invertebrates like bryozoans, sponges, and tunicates. When kelp is absent, more light reaches the seafloor, allowing understory macroalgal species to proliferate. Climate change is predicted to increase the frequency and intensity of storms across much of giant kelp’s range. Thus, an important question is how will changing disturbance regimes impact the structure and functions of kelp forest ecosystems?

To address this question, a paper recently published in Ecology explored the effects of variable storm regimes on giant kelp dynamics and benthic community structure. The authors built a novel mathematical model describing this system and validated their model with long-term data collected by the Santa Barbara Coastal LTER. This model predicts that increases in storm frequency and intensity could lead to persistent shifts in benthic community composition by facilitating the dominance of understory macroalgae. The model, together with the SBC LTER data used to validate it, provides a predictive framework for understanding how climate-driven shifts in storm regimes may affect kelp forest community dynamics. These dynamics, which influence key ecosystem functions like primary production, could have wide-reaching implications for how the ecosystem services provided by kelp forests will be altered in a changing climate. 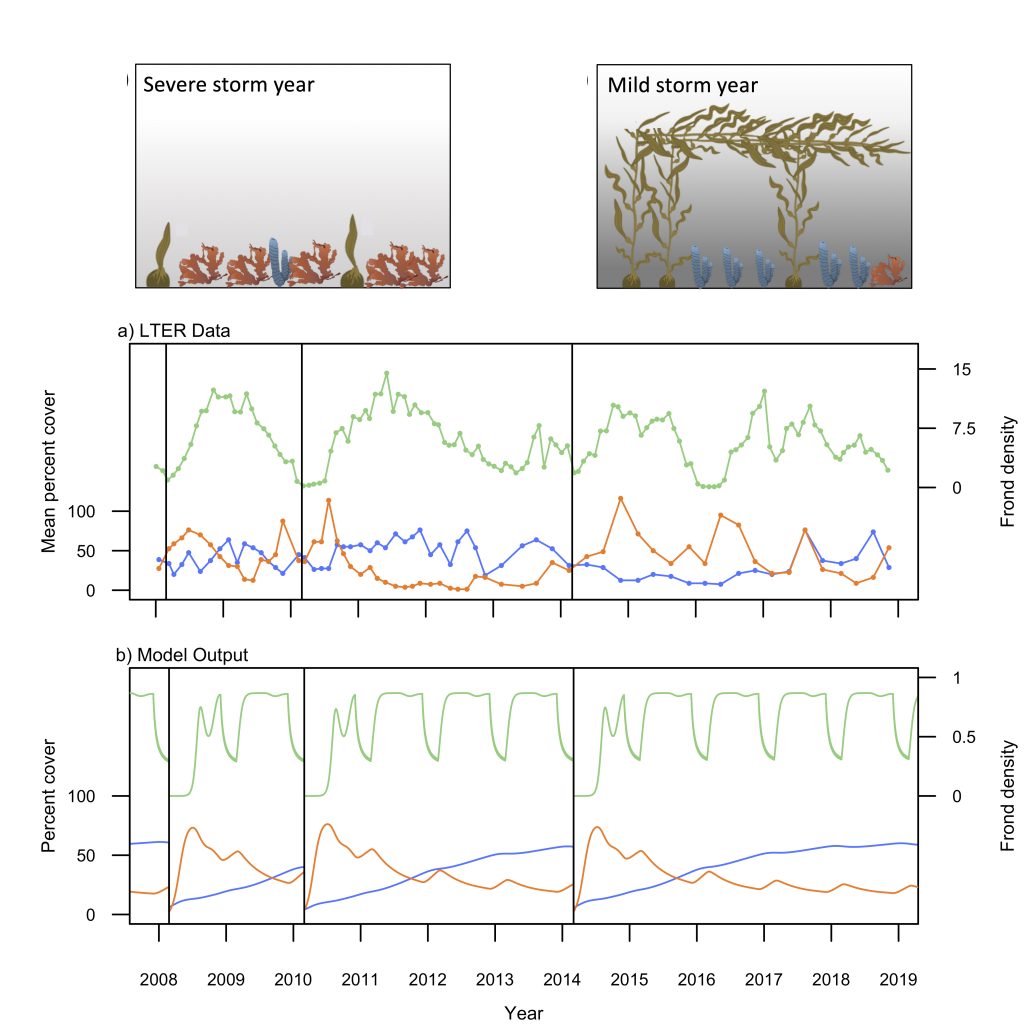